SO CLOSE TO THE DALES

Pickles Cottage is on the northern edge of Barnoldswick, just ten minutes' walk from the town centre. Look north from there and you can see clear across to Ingleborough Hill and Pen y Ghent, two significant Pennine peaks. You're just a few minutes' drive away from exploring all this fantastic countryside and the rest of the Yorkshire Dales ​

As well as amazing countryside, Barnoldswick and the surrounding area abounds with industrial heritage. The mills have gone but you can still see an old mill engine under steam locally at Bancroft Mill. Why not take the historic Forty Steps footpath from town to get there?

Queen Street Mill in Burnley is now a working museum and should be under steam again once the chimney has been repaired. Industry isn't quite dead yet, however. Rolls-Royce, Esse Stoves and Silentnight Beds all manufacture locally, as well as Hope Technology's high-end bicycle components.

It's not all about mills and factories. If you head west to Colne and Nelson, you'll run into the big mill shops like Boundary Mill and Pendle Village, where you can buy pretty much anything. Barnoldswick itself is home to many independent retailers, with minimal chain presence in town. However, you'll still find an Aldi and a Co-op. ​

If you fancy an easy walk, 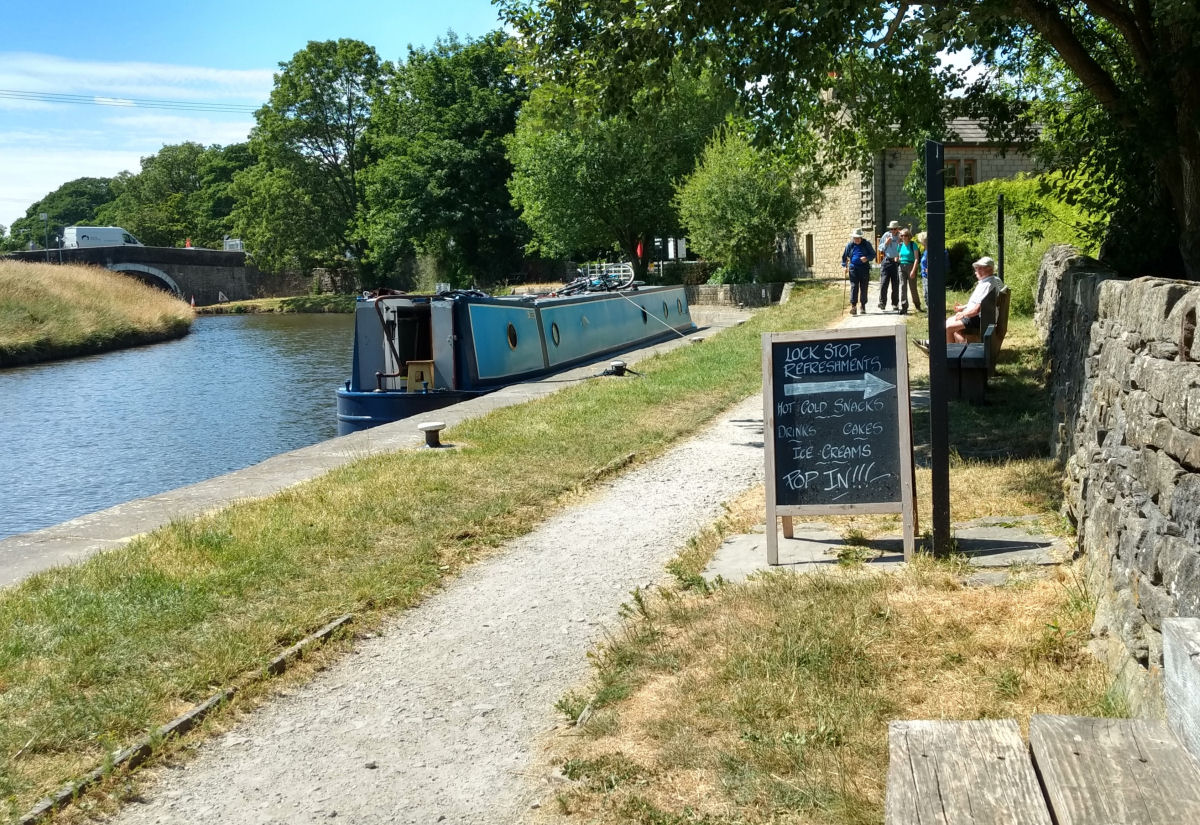 you can walk along the towpath of the Leeds and Liverpool Canal in either direction. Going east, you pass Greenberfield Locks, and then traverse beautiful countryside, eventually arriving at the lovely market town of Skipton, gateway to the Yorkshire Dales. You can of course, drive but if you'd rather not, the Witch Way X43 bus has it covered. ​

If you're a train buff (or just like amazing scenery), you can take the spectacular Settle and Carlisle line, joining the train at Skipton or Gargrave, to experience the very best of Pennine scenery. If' you're a steam nut, 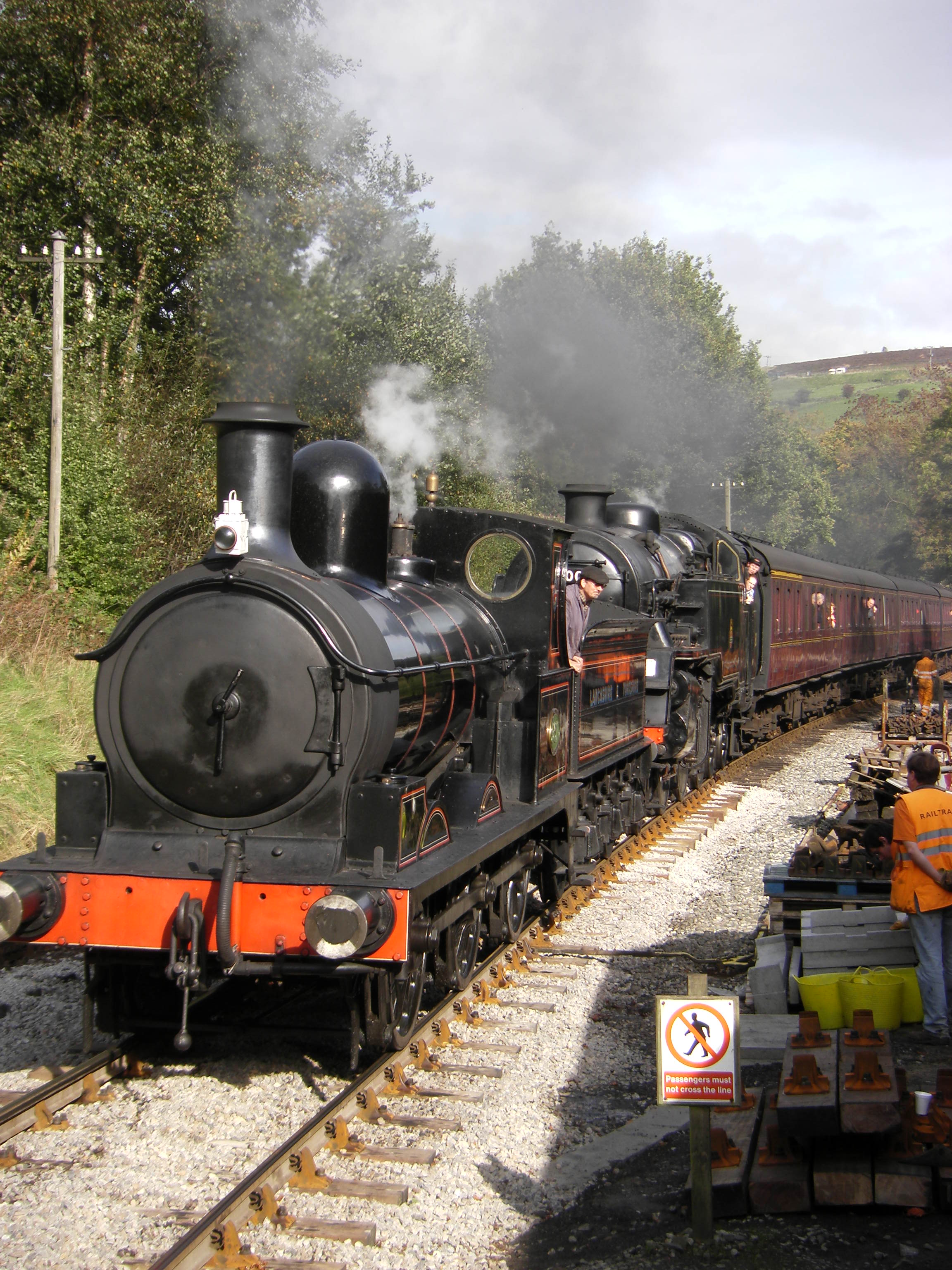 take a ride on the Keighley and Worth Valley Railway through Brontë Country, or travel by steam from Embsay near Skipton to the ruined Bolton Abbey.

It really doesn't matter which way you head when leaving town. You're going to hit beautiful countryside. There's literally no getting away from it. For example, to the west is Pendle Hill with all its witchy connotations. There's also the Forest of Bowland Area Of Outstanding Natural Beauty. Go north and it's unbroken countryside.

Free parking is available on Frederick Street and most other locations throughout Barlick, including the town centre car parks. It's best to arrive at Pickles Cottage before 17:30 as there are usually plenty of spaces then.

The nearest grocery store is Singh's Convenience Store just around the corner in the parade on Gisburn Road. Leave the cottage, go downhill on Frederick street, turn left, then right at the bottom onto Gisburn Road - and you'll find the parade. Singh's isn't cheap but is convenient for a few basics. The usually have nice samosas in a box on the counter. ​

Aldi is on Crownest Road, just off Skipton Road on the way out of town. Just in the shadow of the mill chimney (which could be demolished at any time). Open 08:00-2200 Mon-Sat, 10:00-16:00 Sun. Opposite Aldi is a Spar attached to a petrol station. You'll find a Co-op supermarket on Rainhall Road in the centre of town, just next to the car park. You can buy logs in Aldi in winter for a reasonable price. There's a larger Aldi right opposite a Lidl store in Colne, on North Valley Road. ​

Barlick is said to be host to the highest density of independent shops in England. Have a wander around the town centre and you'll quickly see why. here are a few pointers ​

Artisan (formerly Liddells) Bakery on the Town Square bakes excellent bread including its own sourdough, corn bread and chia bread certain days of the week. ​

Browns Butchers on the parade on Gisburn Road. They also sell some deli items and not very good bread. Better to go to Artisan Bakery on the square for bread. Hirst Butchers (11 Newtown, near the square) makes lovely sausages. However, if you want fantastic sausages and delicious hot meat pies, go to Stanforth's Butchers, Mill Bridge, Skipton just near the Castle ​​

Chaudhury's Continental Store on the square sells a good range of fruit and vegetables which are usually very fresh. He also sells herbs, spices, milk and various other grocery items. ​

There's a small laundromat (coin-op) at the far end of the parade on Gisburn Road four minutes' walk from Pickles Cottage. ​

The Fountain Inn on Church Street used to do nice food but has been in a state of flux lately. It's not really possible to predict what will be on offer when you're in town. ​

There's an array of take-aways in town, comprising all the usual suspects (fish and chips, curries, kebabs, pizza etc) and a number of cafés clustered around the square. Close to the square on Newtown, just up from the butcher's is Café Julia, a charming little establishment bedecked with flowers. ​ ​

If you fancy a good breakfast, the Esse Stove Factory on Long Ing Lane by the canal does an excellent full English along with many other food options. It's also a display room for their stoves, which they have going during the winter, so it really is cosy. ​ ​

If you head out of town towards Skipton, shortly before you arrive at the A59 roundabout, you approach the hamlet of Elslack. Just on the right is a large pub and hotel called the Tempest Arms. We've eaten there and like it, though it's not a cheap option. Continuing on to he A59, you'll soon see Broughton Hall on the right and almost immediately the Bull Inn. The Bull serves good quality food and both pubs serve excellent beers. ​ ​

​If you crave a McDonald's, you'll find the golden arches on North Valley Road, Colne next door to KFC. Both have a Drive-Thru. McDonald's is open 24 hours but KFC shuts at 22:00. ​

Pickles Cottage is located in a quiet residential area on the edge of the small town of Barnoldswick in Lancashire.